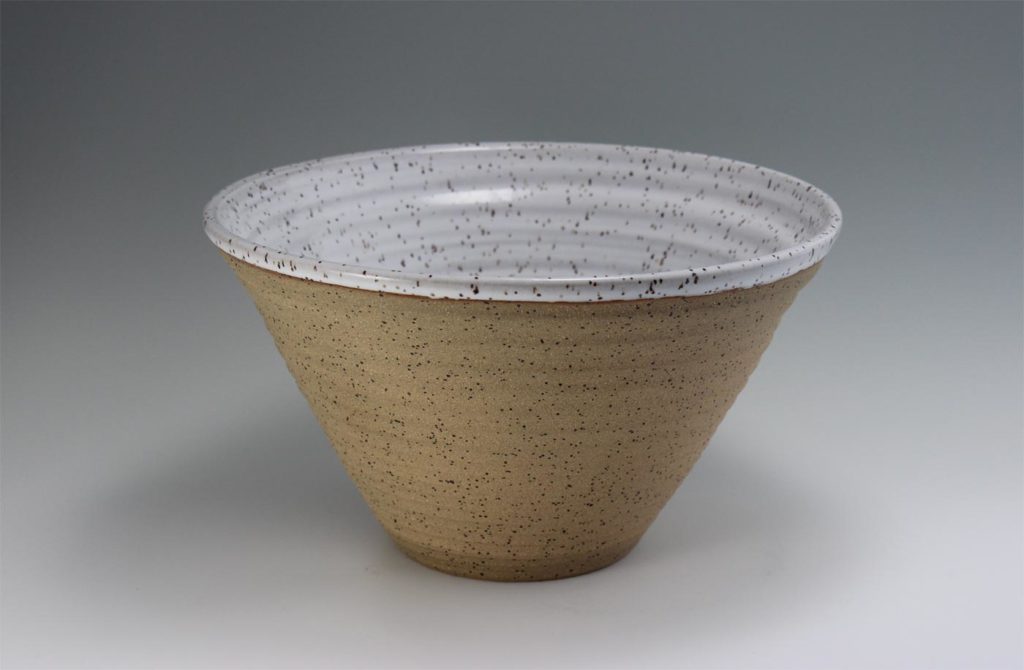 I am an artist. I have always been an artist, or so it seems.

In 1995, when Mediacom pulled its offices from several smaller markets including Thunder Bay, I launched my own billboard and outdoor advertising and painting company – BHP Brad Hominick Productions Ltd. Mediacom became a BHP client and I continued to act as operating agent for their billboard business in Thunder Bay. In 2000, when digital printing replaced pictorial billboard painters, I continued to operate BHP Ltd., as a successful outdoor advertising sign company but also began to explore other artistic avenues, mainly woodworking – building furniture for our family home and collaborating on design projects for my wife’s home decor and gardening business.

In 2010, I began to take pottery classes with local members of the Thunder Bay Potters’ Guild (TBPG) and quickly found myself once again, in awe of this medium (I had taken pottery in high school). I continued to immerse myself in learning with and from other members of the local potting community and attended the workshops of incredible potters brought in by the local guild from across Canada, the U.S. and England, including Bruce Cogburn, Cathi Jefferson, Katherine Koop, Phil Rogers, Phillip Read and Shane Norri.

In 2012 I officially joined the Thunder Bay Potter’s Guild and entered my work in my first Guild show and sale.

I completed a six-week condensed Cone 6 Glaze course at Lakehead University and continue to explore my love of clay, design and the glaze process while continuing to run my sign business.

In 2013 a monument sign I designed and fabricated was featured in Signs of the Times (Canadian publication) magazine as part of an article on the building of monument signs. This work won 1st place in the Canadian Freestanding Sign/Monument category.

In 2015 this monument sign was awarded 1st place in the Signs of the Times (International publication) International Monument competition.